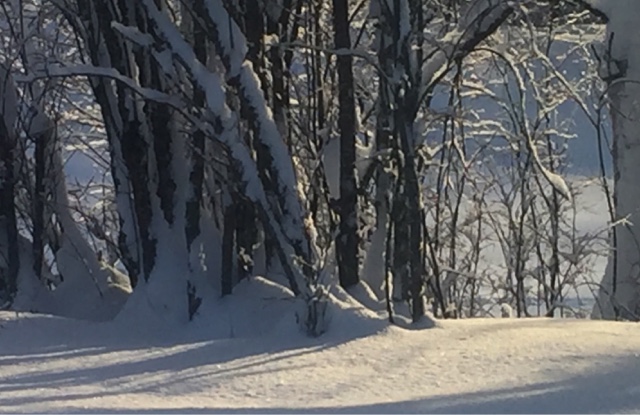 Miles on understanding, bending, stretching, and breaking artistic rules, forms , & styles
(mind you this was the mid 1950's)

"Ornette Coleman . . . His musical ideas and ... melodies were independent of styles."
"I started putting the backbeat of the drums out front and on top of everything, like in African Music. In western music, white people at this time were trying to suppress rhythm because of where it comes from - Africa - and its racial overtones, but rhythm is like breathing. So thats what I started to learn in this group (Tony Williams on drums, Herbie Hancock on piano, Ron Carter on bass, and Wayne Shorter on alto) and it just pointed the way forward."
(Miles Davis, circa 1950's)

This was Miles's second great (Free) Jazz Quartet. These musicians moved beyond the Bebop (hard bop) Jazz style Miles previously created with his first great (Bebop) Jazz Quartet, on his Kind of Blue album; all of which led to Miles next musical evolution, the creation of Free Jazz.
This musical evolution beyond Bebop into Free Jazz was akin to mastering the oil paints rhythm employed in Bebop's musical paintings, and then creating the rhythm of Free Jazz and painting musically with acrylic paints. Miles created this genre of Free Jazz acrylic musical paintings with albums like E.S.P., Sorcerer, Nefertiti, Miles in the Sky, and Filles de Kilimanjaro.
For me as a haiku/tanka artist rhythm or a predominant "backbeat" in a poem has frequently been discouraged and looked down upon, especially by those strongly invested in the principals of Anglo-Western Academia. For them, to rhyme is frequently associated with a lack of sophistication, or a lack of a refined artistic or literary aesthetic style, well nothing could be further from the truth.
To find the rhyme or rhythm in a haiku, especially when translating from Japanese into another language is to reveal and retain some of the universal spiritual truth that transcends religion, the divinity within the haiku, because what binds a haiku for me is that universal sense of a backbeat, that literary thematic inflection or rhythm, which transcends the arts, language, music, visual arts, dance, martial arts, culture, ethnicity, race, gender, etc. Discerning and retaining this sense of literary rhythm is as important as finding the appropriate words to translate a poem with, from one language into another. For once you discern an art forms backbeat, it's rhythm, it's universal truth, then the words with which to translate it begin to seek you out. Even Shakespeare's poetry has it's own rhythm, to discern it you have to listen closely to it, rather than just hearing it. It's akin to what Wesley Snipe's character said to Woody Harrelson's character in the film White Men Can't Jump, "Your hearing me, but your not listening to me".
If you look or listen in the right way you can see the rhythm in a Picasso painting, listen, and you'll even see it in a Beethoven Symphony or in a Rapp, read it and you'll feel it in Tony Morrison's work or Shakespeare's Sonnets, or watch it, and you'll sense it in the movements of a martial artist or dancer. That rhythm is not always easily discerned, but it's there nonetheless. The less you try to discern the more your able to discern.
That rhythm, that backbeat may be more or less diffuse, but its presence is still undeniable to those that are seeking it out, are feeling, sensing, looking and listening for it. It's akin to how a particular individual hears music. I seem to hear more clearly in a higher register, while others might naturally gravitate to more clearly discerning notes, chords, etc in lower registers.
I believe that the great haiku poets of past, present, and future all had/have this sense of rhythm in common. Shakespeare had it, Whitman, Thoreau, Emerson, Neruda, Rumi, Basho, Buson, Issa, Chiyo, and Teneda all had it too. The rhythm in a poem is often hidden, but it's still there, to find it takes immersion into a poets work. It is often during the translation process that the rhythm of a haiku or tanka shines through to a lesser or greater degree, depending on the translator.
There is also a difference in how we culturally perceive rhythm, it's a perception of rhythm that anyone of any culture can perceive; if only we develop the ability to not just hear things as noise, but learn to listen to them as art, whether listening to Rapp, Classical, or insert your own musical preference here__ . For example I/we can all listen to and find the rhythm in opera, classical, hip-hop, punk, bluegrass, country, etc. To do so it takes time, time immersing oneself in these art forms. we all have this innate capacity, it's nothing special per se, it just requires a relaxed and open mind to do so.
Being more familiar with listening to stressed or unstressed syllables as A-W readers, we as listeners, and observers of art forms can sometimes make it more difficult to discern where the rhythm is. Especially if the A-Westerner has not had some multicultural exposure to listening for the rhythm in culturally divergent music, dance, or language. Yet those more familiar with rhythm, or familiar with discerning pitch or tonal variations in speech, like many non-A-W readers, listeners, or observers, we usually discover finding the rhythm within a piece of art work to be almost second nature.

The backbeat ... the rhythm is like breathing great music ... akin to the oil paint rhythm employed in Bebop and then the rhythm of Free Jazz and acrylic paints.
For me to find the rhythm in a haiku is to reveal some universal spiritual truth that transcends religions, the divinity within haiku, that universal backbeat, that literary thematic inflection of rhythm, which transcends the arts
Posted by Bukusai Ashagawa at 11:26 PM No comments:

The Rise of the Fourth Reich under Mein Trumpf 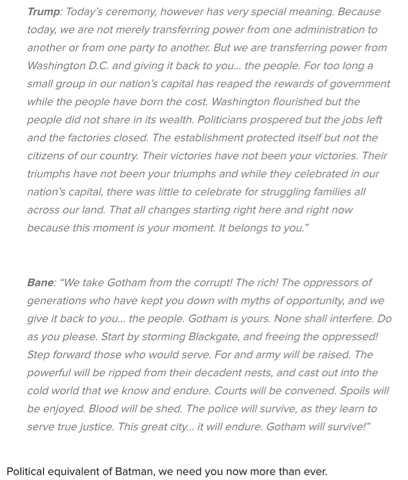 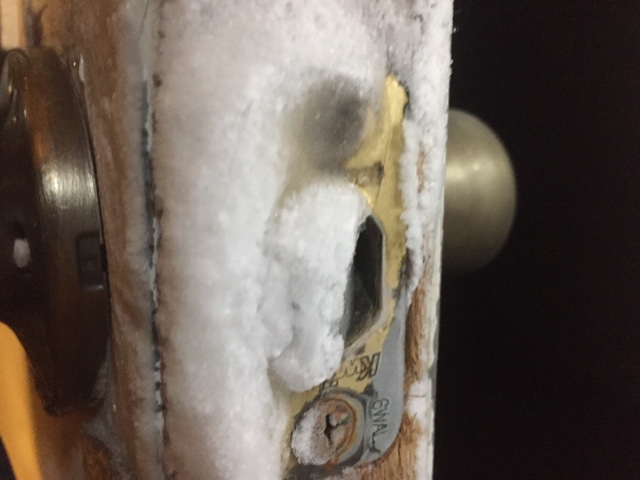 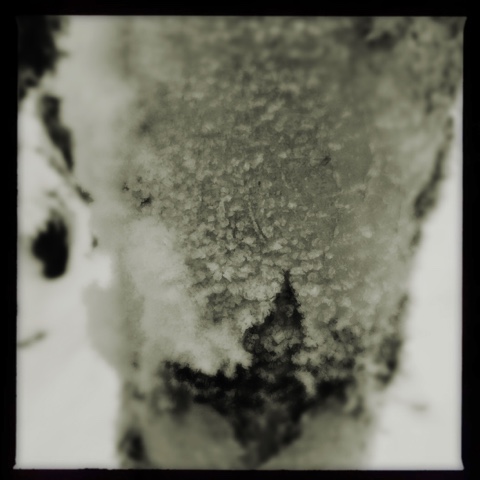 sitting atop a toilet 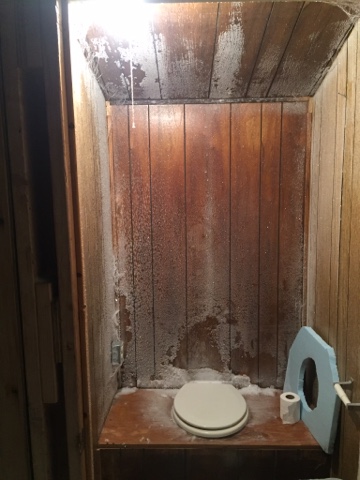 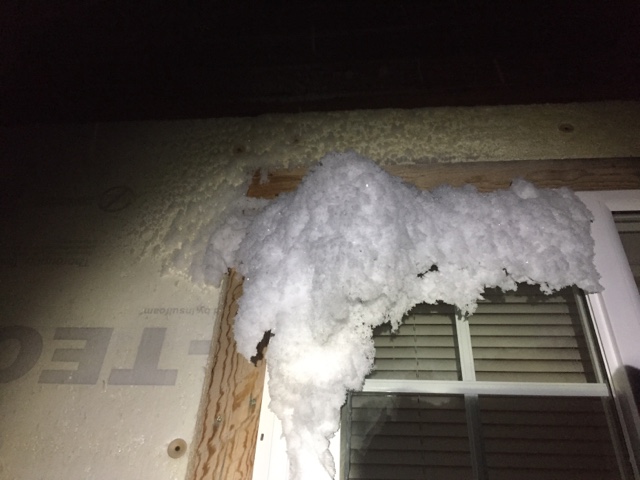 I was first inspired to write a Hondadori in the form of a tanka after first reading and translating the works of these four poets, then again after reading of China's Battle of Red Cliff, and then once more after actually visiting Ashino Japan, I wrote another. 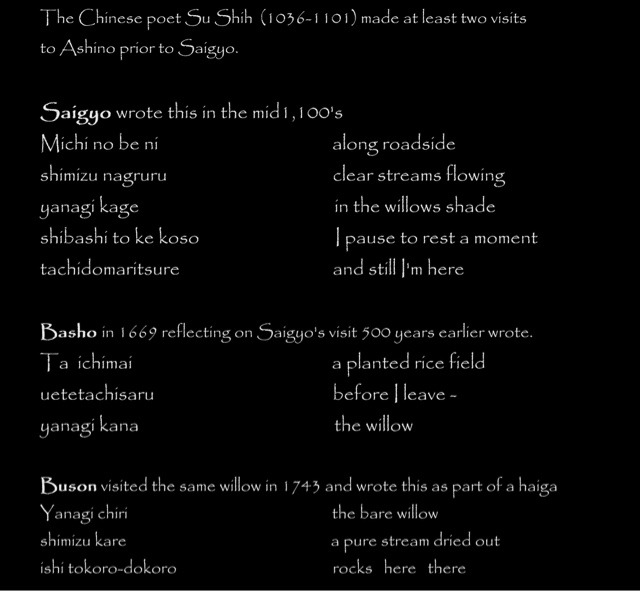 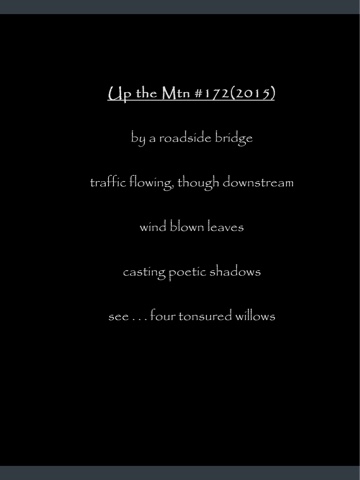 aside a mtn (top) roadside    yama no michibata sateoki

The Alyeskan Interior: BOOK I 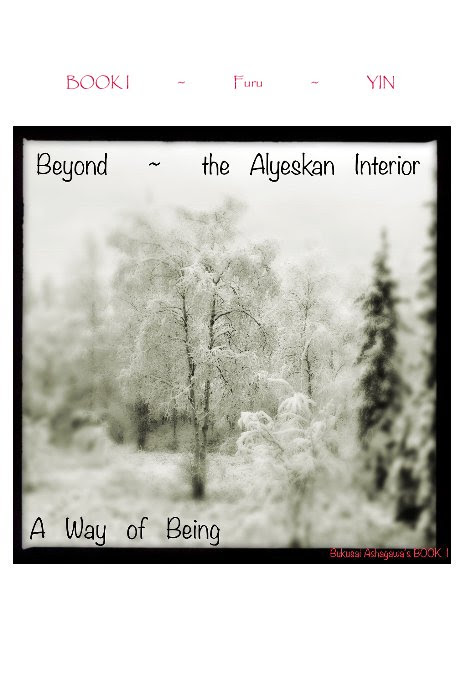 Beyond ~ the Alyeskan Interior ~ a way of Being